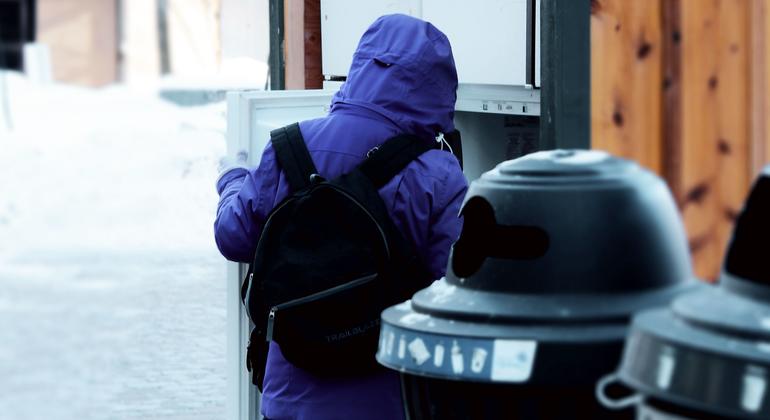 Citing information received, 10 experts issued a joint statement saying that systemic racism in childcare institutions between the 1940s and 1990s, has “resulted in the higher institutionalization rate of children of African and Irish descent”.

During their prolonged time there, children were exposed to heightened risk of corporal punishment, sexual, physical and verbal abuse, with lifelong consequences, including infringing their right to enjoy the highest standard of physical and mental health. Some of them were also subjected to vaccine trials.

Despite welcoming the Irish Government’s Action Plan to provide tangible benefits for survivors and former residents of mother and baby and county home institutions, the experts sent them a letter containing their allegations of racial discrimination in April.

In it, they raised the alarm that children of African and Irish descent were “subjected to differential treatment because of their race, colour and/or descent, leading to further violations of their human rights”.

In response, the Irish Government referred to the official State apology offered on 13 January 2021 in which the country recognized the “additional impact which a lack of knowledge and understanding had on the treatment and outcomes of mothers and children with different racial and cultural heritage”.

It continued, acknowledging that such “discriminatory attitudes exacerbated the shame and stigma felt by some of our most vulnerable citizens, especially where opportunities for non-institutional placement of children were restricted by an unjust belief that they were unsuitable for placement with families”.

Although the State apology is an important element of the restorative justice process, the experts said it was “not enough”.

Because of the systemic racial discrimination that prevailed in the childcare institutions at the time, the experts underscored that they had, in effect, had their “childhood stolen” from them.

“We are seriously concerned over the severe and continuing effects that racial discrimination and systematic racism have had on the lives of the adults who are currently seeking redress,” the statement read.

Under international law, States have an obligation to ensure accountability for past human rights violations and provide full reparation to the victims, when these violations still have an impact.

The independent experts called on the Irish Government to “take further action to provide those who were subjected to differential treatment in childcare institutions with effective remedies”.

A future scheme to address rights violations, “must recognize and provide redress for all the human rights violations perpetrated against children during the entire duration of their stay in Irish institutions, including mother and baby homes, industrial schools, reformatories, Magdalen Laundries and analogous institutions, as well as life-long impacts”, the statement continued.

In conclusion, they noted that a proposed “Bill Payment Scheme” provides an avenue of redress “for the harms caused due to racial discrimination and systemic racism to which children of African and Irish descent were subjected”.

Special Rapporteurs and independent experts are appointed by the Geneva-based UN Human Rights Council to examine and report back on a specific human rights theme or a country situation. The positions are honorary and the experts are not paid for their work.

Click here for the names of the experts who participated in the statement.