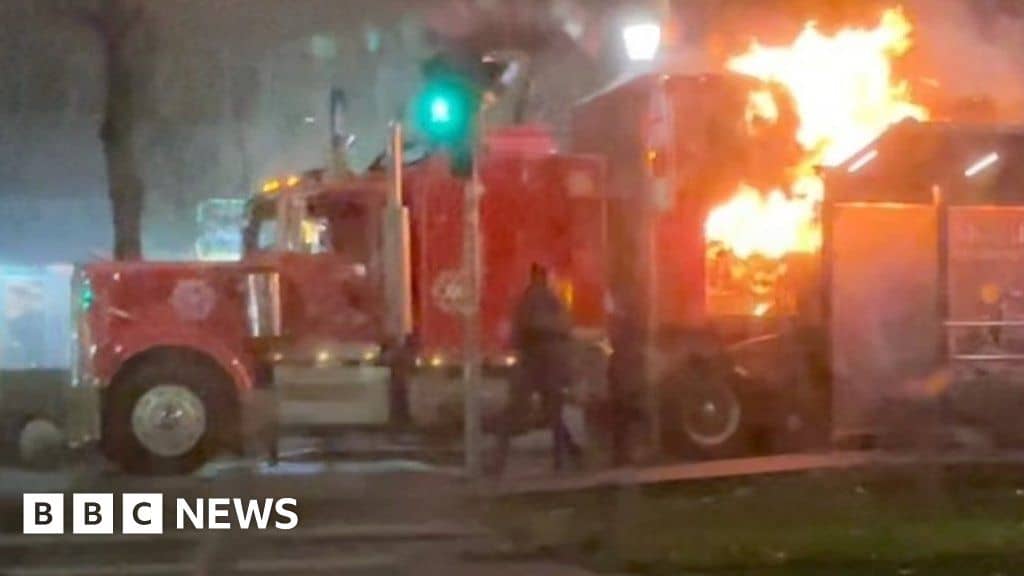 A Coca-Cola truck caught fire while driving down a busy road in Romania’s capital Bucharest.

It is unclear how the fire started. The driver managed to leave the vehicle before it was engulfed in flames.

Firefighters later arrived to put out the blaze, and there were no reports of injuries.